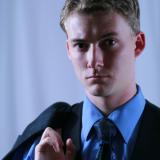 General Description
The response addresses the task appropriately, but may fall short of being fully developed. It is generally intelligible and coherent, with some fluidity of expression, though it exhibits some noticeable lapses in the expression of ideas. A response at this level is characterized by at least two of the following:
Delivery
Speech is generally clear, with some fluidity of expression, but it exhibits minor difficulties with pronunciation, intonation, or pacing and may require some listener effort at times. Overall intelligibility remains good, however.
Language Use
The response demonstrates fairly automatic and effective use of grammar and vocabulary and fairly coherent expression of relevant ideas. Response may exhibit some imprecise or inaccurate use of vocabulary or grammatical structures or be somewhat limited in the range of structures used. Such limitations do not seriously interfere with the communication of the message.
Topic Development
The response is sustained and conveys relevant information required by the task. However, it exhibits some incompleteness, inaccuracy, lack of specificity with respect to content, or choppiness in the progression of ideas.

Delivery: pronunciation is generally good and imporved. Congradulations! Intonation is not bad. Some linking reading will make things a lot better .